The Dawn of Thailand’s e-Payment Era Learn about Thailand’s road to a cashless society, as e-Payment and e-commerce redefine what it means to do business.

The Dawn of Thailand’s e-Payment Era Learn about Thailand’s road to a cashless society, as e-Payment and e-commerce redefine what it means to do business.

The Dawn of Thailand’s e-Payment Era

Safer, more efficient, and offering a multitude of opportunities, electronic payment or e-Payment is the future, combining a litany of innovations and facilitating the e-commerce revolution.

None of this would have been possible, however, without careful planning and development. Thailand has spent the last six years orchestrating the rollout of financial technology (fintech) services and systems, culminating in a pandemic that forced us to embrace new ways of doing business.

In this article, we’ll explore how e-Payments have become an essential part of modern Thai life, from unbounded global commerce to the accommodation of the “New Normal,” and how the Kingdom is steadily evolving into a “cashless society.”

The Dawn of Thailand’s e-Payment Era

The whats and whys of e-Payment

At its most fundamental, e-Payment is the transfer of funds using an electronic or digital system. These transactions are facilitated by connections such as the internet and tools such as credit cards, Electronic Data Capture (EDC) devices, and smartphones.

Electronically sending and receiving money has existed in some form since as far back as the 1870s, when Western Union introduced its electronic fund transfer (EFT) machine. These transfers became ubiquitous in the 1990s when the internet found its way into households and kickstarted electronic commerce.

In Thailand, e-Payments are overseen by the Bank of Thailand (BoT), which recognizes eight aspects (🇹🇭) to the concept:

Thailand’s interest in e-Payments and fintech is based on the numerous benefits they pose and the advantages they have over traditional cash.

Harnessing the speed of the internet, e-Payment allows transactions to take place almost instantly. Unbounded by location, e-Payment is especially exciting for businesses, providing new ways to engage in commerce and with markets that would have previously been out of reach.

Disadvantages to e-Payment do exist, however, with security being the foremost among them. Digital systems can be compromised, and user error can result in significant losses. Even as e-Payment reduces costs associated with traditional transaction methods, costs related to securing online networks and developing more efficient systems add up and have to be recouped by service providers.

The tech innovations behind e-Payment

E-Payments have come a long way since Western Union’s EFT. From the launch of online payment processing by PayPal in 1999 to the introduction of digital wallets by tech giants such as Google and Samsung in the 2010s, electronic transactions have continued to develop in both sophistication and prevalence each year.

Arguably the greatest boost to e-Payment has been the proliferation of smart mobile phones, which placed access to fintech and digital money services in the pockets of everyday people. 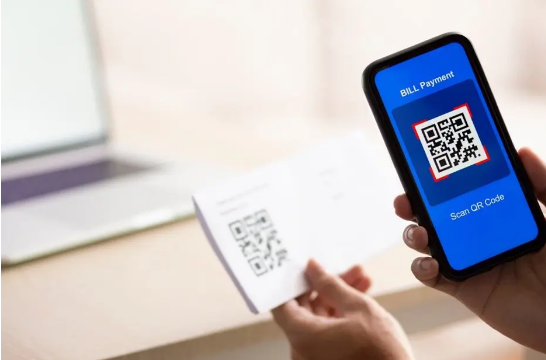 Further driving e-Payment has been the advent of the Quick Response (QR) code, a system invented in Japan in 1994 that allows for actionable data to be read by a device, such as a smartphone. Harnessing QR codes for e-Payment was spearheaded by Chinese e-commerce and social media giants Alibaba and WeChat and led to their popularity throughout Asia.

Addressing security concerns, one-time PIN (OTP) codes have been applied in recent years to carry out “two-factor authentication,” in which a second layer of security is provided through a single-use password or other measure.

What finally pushed e-Payment into the Thai mainstream, however, was the mobile banking app.

Building on websites that allowed clients to conveniently do their banking via the browsers on their phones, mobile banking applications streamlined the myriad financial services into safe and user-friendly interfaces that have all but replaced traditional in-person banking. The first Thai mobile bank app (🇹🇭) was K-Mobile Banking Plus, introduced by Kasikornbank in April of 2010, which was followed by offerings from Krungthai Bank and Siam Commercial Bank in 2012. 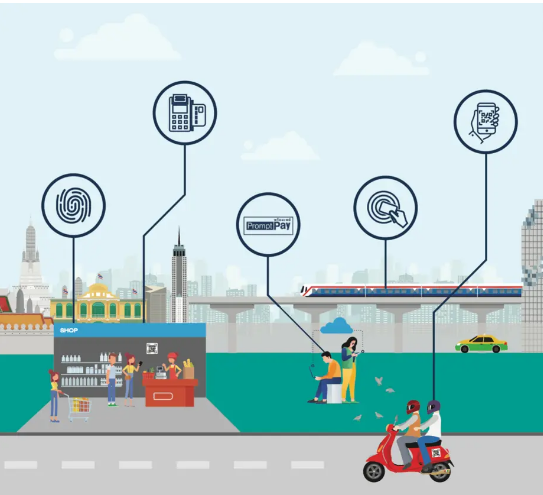 The Thai government launched the plan in 2015 with an aim to transition the Kingdom to a digital economy. It was drawn up alongside economic and financial promotion policies in acknowledgement of digital payment being a means to economic progress for all in the country.

The Bank of Thailand, as Thailand’s payment policy-making authority, supports the National e-Payment Master Plan with its own Payment Systems Roadmap, which states, “Digital Payment is to be the most preferred choice in efficient, safe, low-cost payment systems that meets users’ needs.” To this end, the central bank has moved to establish foreign remittance arrangements with its counterparts in Malaysia and Singapore to the mutual benefit of their respective peoples.

One of its goals is to develop central bank digital currencies (CBDCs) and is currently accepting stakeholder feedback on the creation of a retail CBDC that could eventually substitute cash. The initiative arose partly as a response to the growing number of private or third-party cryptocurrencies entering the Thai market, which pose a corresponding risk of financial instability.

This ultimately benefits companies looking to improve their ESG disclosure as well as investors wishing to build socially responsible portfolios, which are known to out-perform the market.

All of these efforts proved especially valuable with the coming of the COVID-19 crisis in early 2020.

Needing to distribute aid nationwide while maintaining social distancing, the Thai government was able to use the e-Payment infrastructure of programs such as PromptPay to effectively carry out its social services.

Using the e-wallet Pao Tang app, assistance programs Rao Chana and Mor 33 Rao Rak Gun provided direct monthly payouts to those in need. The Co-Pay program saw the government pay for half of purchases made by users who simply had to make their payments via Pao Tang.

Other programs like Ying Chai Ying Dai, or Spend More Get More, stimulated commerce by granting vouchers in users’ apps when certain spending goals were reached.

Furthermore, the “New Normal” realities of remote working and learning, food delivery, and online shopping affirmed the need for e-Payment as an element of app-based services.

The United States Department of Agriculture report “Thailand Online Food Delivery Market” indicated that after growing at a modest 8-10% annually since 2018, food delivery services in Thailand such as GrabFood, LINE MAN, and Foodpanda saw a massive jump once COVID-19 hampered dine-in eateries and necessitated contactless living, with food orders skyrocketing 100-300%.

Conditions imposed by the pandemic even played a part in establishing Thailand’s first unicorn. E-commerce service provider Flash Group announced on  June 1st, 2021 it had reached a valuation of over US$1 billion, with media pointing out the achievement came amidst an online retail boom linked to COVID-19.

The future of digital finance is nigh 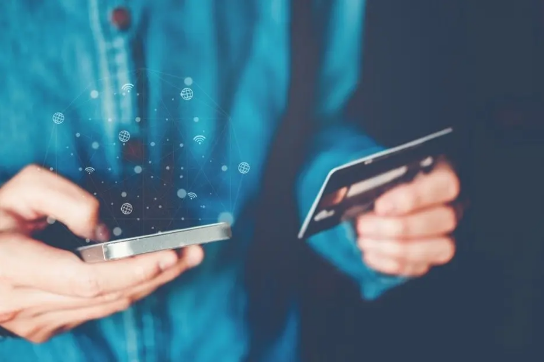 In terms of adoption, the National e-Payment Committee assessment “Advancing on Cashless Society” discovered that after just one year, PromptPay logged over 718 million transactions and, by December 2018, counted 46.5 million users—over half the country’s population.

The transition is timely, considering Thailand entertains close to 10 million Chinese visitors accustomed to QR codes and digital payments each year and as the ASEAN Economic Community Blueprint for 2025 includes “modernization of payments” as a cross-cutting area for integration.

All combined, e-Payment thoroughly deserves the attention and support it is receiving in Thailand, offering ease and financial empowerment to individuals and a world of potential at the national and regional levels.