What’s in an icon? As part of Thailand NOW’s mission to share authentic insights into all things Thai, we’re spotlighting iconic individuals who have not only excelled in their respective areas, but influenced the complex tapestry of Thailand as it exists today and, in doing so, inspire us to be a part of the fabric of Thai society.

In this Icon NOW interview, Bangkok-based filmmaker Komtouch Napattaloong opened up about his personal connection to his documentaries on statelessness and migration and his excitement seeing unique local stories getting streamed worldwide.

Does your identity create a sense of belonging or displacement? It’s a question with few easy answers for Bangkok-based filmmaker Komtouch Napattaloong.

Born in Thailand, Komtouch often traveled with his family back and forth to the United States. In a multicultural upbringing, his only constant was films. It seemed natural that he would be drawn to filmmaking, where he would explore ideas close to home.

“The confusion about identity, the space in-between—how one’s identity can be so restricting, so all-encompassing, particularly for those of us in Thailand […] that led me to be interested in what it looks like for others,” he explains.

“I was very excited to be back and be a part
of the Thai filmmaking community.”

After having spent well over a decade in the United States, Komtouch decided to make his first documentary film in his homeland. The Thai film scene he found himself in after coming back was in full swing.

“I was very excited to be back and be a part of the Thai filmmaking community,” he says.

Southeast Asia has a booming film market and art scene that nurtures a close-knit community of artists. This made it possible for Komtouch to connect with fellow documentarian Nontawat Numbenchaphol, who was doing research on the Shan State Army and the refugee camp for the Shan living in the north. 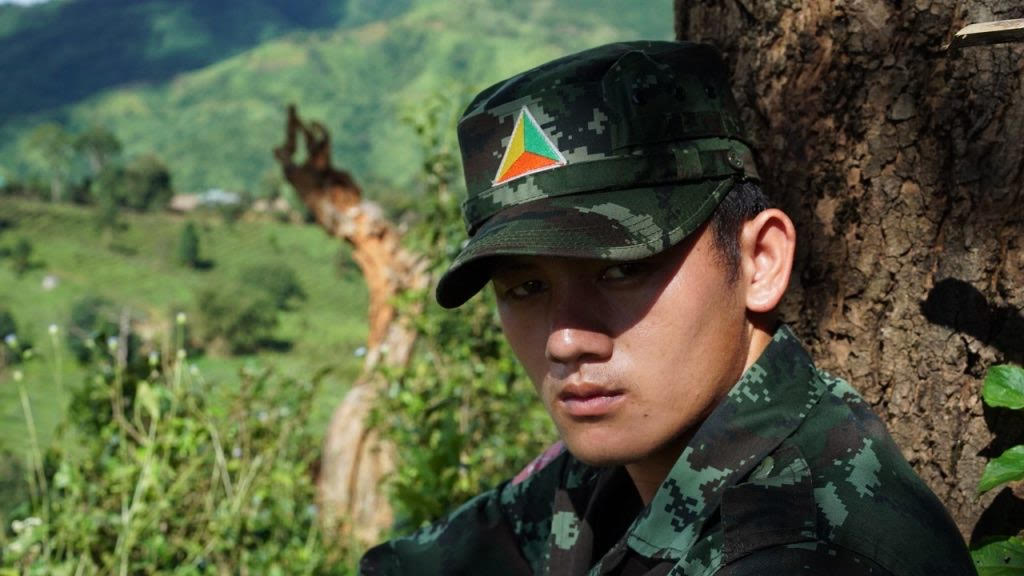 “Soil Without Land” follows a Shan man navigating the loss of his family and joining the Shan State Army.
Source: Komtouch Napattaloong

“I realized we are interested in the same things: of being stuck in between the fringes of mainstream society,” he explains.

They went on to collaborate on the documentary “Soil Without Land,” which follows Sang Lod as he navigates the loss of his family and life after joining the Shan State Army to fight for the liberation of the Shan people. The film premiered at Visions du Réel in 2019 and won the Special Jury Prize at the Taiwan International Documentary Festival in 2021.

“What happens when people don’t fall into
the definition of one or the other?”

In his upcoming feature-length documentary “Hours of Ours,” which tells a story of a Sudanese family who found themselves stranded in Thailand for the last six years, Komtouch investigates asylum seeking in Thailand.

Reflecting on the themes of his new film, Komtouch says, “I find certain experiences that they go through to remind me of those experiences of belonging and not belonging or always arriving and never staying. Ready to leave, not sure when. That kind of experience reminded me of my own.”

“Hours of Ours” is a feature-length documentary that depicts the trials and tribulations of a Sudanese family stranded in Thailand. Source: Komtouch Napattaloong

The filmmaker’s path through the thriving Thai film scene has become a personal journey to understand his roots.

“I’ve set myself on a journey to try to define what Thainess is—look for what the boundaries and the perimeters of Thainess is but, at the same time, to try to reimagine what it could be,” says Komtouch. “There are so many people that fall in between. What happens when people don’t fall into the definition of one or the other?”

Despite beginning his creative journey in the U.S. with his thesis film “Motherland,” and expanding his horizons with Abbas Kariostami’s workshop in Cuba, Komtouch found his homeland to be where he is most propelled to weave in stories from different periods of his life.

“In Thailand, there’s a kid that could be
the next Mozart or Frida Kahlo.”

Despite the thriving film scene in Thailand, COVID-19 has exacted a heavy toll. Komtouch served as Lab Manager for the Southeast Asia Fiction Film Lab (SEAFIC), the first-ever non-profit script lab in the region. However, loss of funding related to the pandemic and restrictions on in-person meetings had forced its closure in early 2022. 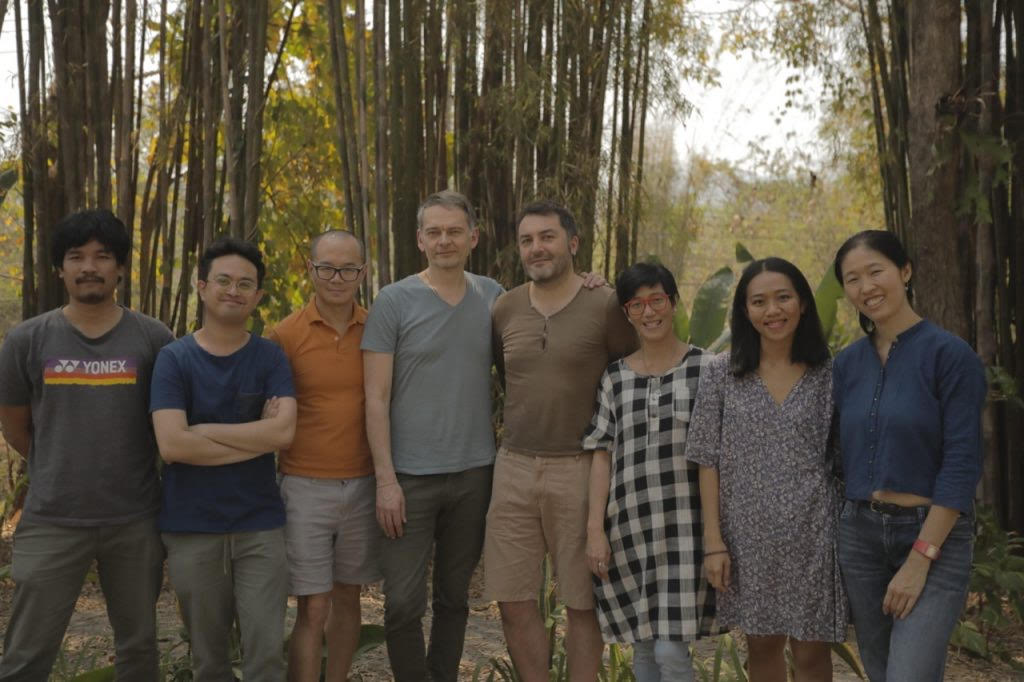 SEAFIC aimed to advance, strengthen, and refine the quality of feature-length scripts and projects by talented filmmakers from the Southeast Asian region.
Source: Komtouch Napattaloong

Komtouch believes that the future of Thai films requires a lasting, tangible, and sustainable infrastructure that provides long-term support to artists, filmmakers, craftsmen, and actors.

“In Thailand, there’s a kid that could be the next Mozart or Frida Kahlo. What mechanisms are out there to make sure that this kid, this artist, can be that person from Thailand?”

“…a story that comes from local talent
is also globally accessible.”

According to Komtouch, his friend and filmmaker Raymond Phathanavirangoon would often say that “the tide was rising” for the Southeast Asian film scene.

Raymond had a point. It was only last year that Thai filmmaker Apichatpong Weerasethakul won the Jury Prize at the Cannes Film Festival for fantasy drama “Memoria” starring Tilda Swinton. Not to mention, the recent influx of streaming giants into the region has been a testament to the global demand for Southeast Asian narratives.

Even as other filmmakers gripe about the growing dominance of bloated franchises, Komtouch asserts that the film market isn’t monolithic.