The Bajrasudha Gajanurak Project originated from a concern shared by His Majesty King Maha Vajiralongkorn and Her Majesty Queen Suthida, having learned of the conflict between local communities and wild elephants as the animals encroached upon farmland and houses to forage for food which was otherwise inadequate in their natural habitat. Limited food sources have forced wild elephants to such behavioural pattern, posing risks to the lives of the elephants as well as humans, particularly in five eastern provinces of Thailand, namely Chachoengsao, Chonburi, Rayong, Chanthaburi, and Sakaew. To ensure the successful implementation of this project, Their Majesties appointed Her Royal Highness Princess Bajrakitiyabha as Chair of the Committee on the Bajrasudha Gajanurak Project and accepted the project under Royal Patronage on 2 August 2019.

While the name of the project literally means “an elixir that strengthens elephants to be as strong as diamonds,” the project’s true objective equally focuses on the welfare of both wild elephants and humans alike, and to strike that delicate balance where both species can comfortably exist side by side.

The project also aims to create a natural setting where local folks and the pachyderms can share resources in nearby habitats, through safe, lasting and practical solutions that can be maintained by the communities themselves. It seeks to build on the lifelong work of His Majesty King Bhumibol Adulyadej The Great and Her Majesty Queen Sirikit The Queen Mother, on the conservation of natural resources and improvement of living standards for communities adjacent to forests in the said five eastern provinces.

To achieve this aspiration, the areas bordering forests in the five eastern provinces have been divided into three zones. The zoning approach creates a sustainable solution for co-existence between humans and wildlife, as natural separations enable seamless transitions between the two worlds. Therefore, the risk of possible confrontations between the two species is significantly reduced and become manageable. The zones include a forest conservation area as a natural dwelling for wild elephants, a buffer or in-between zone for both animals and humans, and a community zone. Since the start of the project, careful action plans have been implemented and can be summarised as follows. 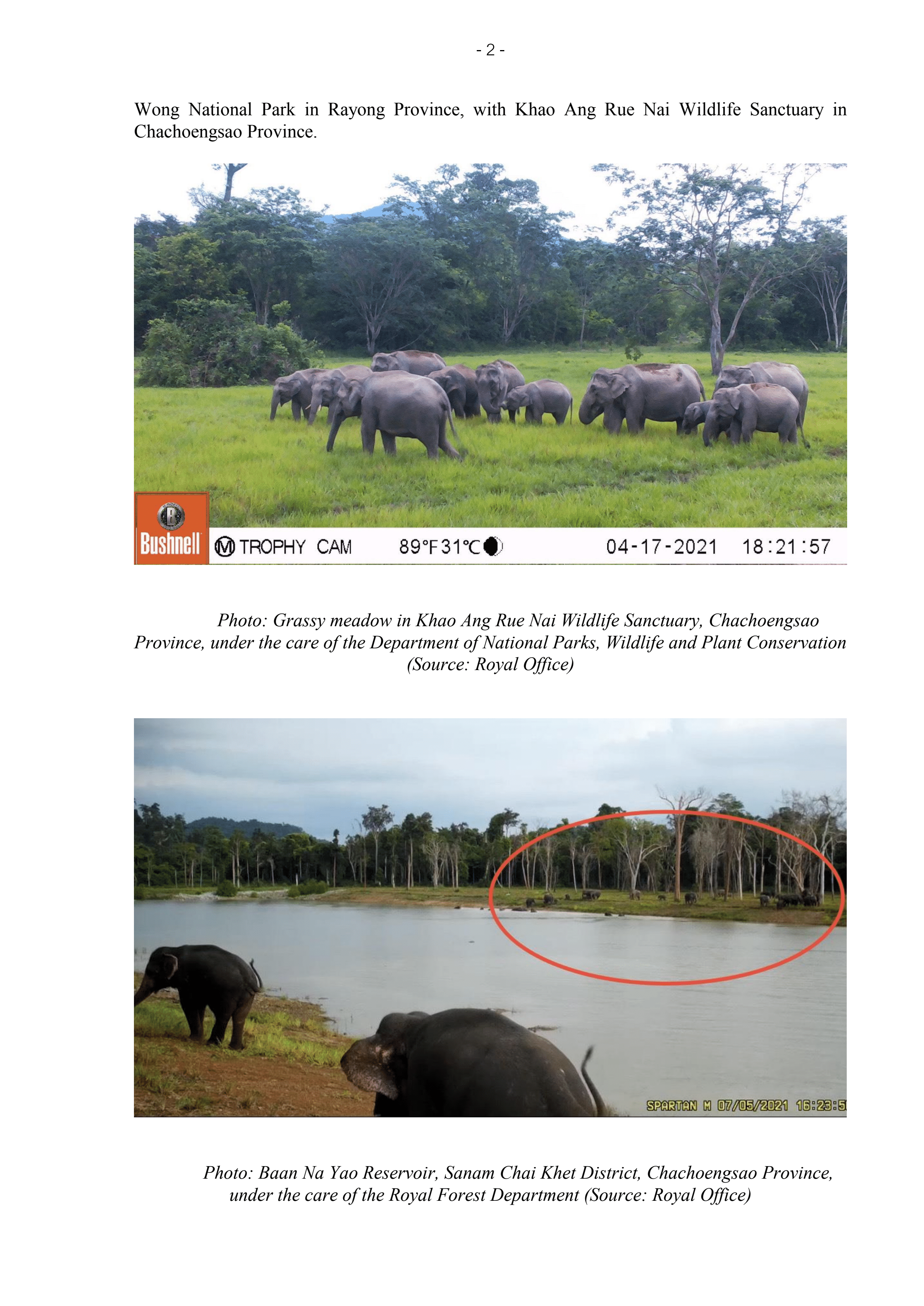 2. Buffer Zones: natural corridors connecting different ecosystems have been created to serve as temporary dwelling places for wild elephants. These buffer zones dissuade elephants from venturing out to forage in local communities, and from there they would be safely guided back to the forest conservation zones. The buffer zones offer moist, grassy meadows and food sources for wild elephants. Water flow is controlled by check dams constructed to keep the land moist. As a result, the buffer zones have been transformed into rich, nutritious food reserves for not only elephants, but all sorts of wildlife, be they banteng, gaur or Indian bison, and barking deer. Some community forests have even been converted into buffer zones as they host a wide range of biodiversity and crop species, useful for both humans and wildlife. These include inter alia, dipterocarpus alatus, rattan, and paduak. In addition, medicinal plants such as red galangal, pepper, cardamom, and water tubes, have been included in the buffer zones for household use. Strong scented plants which elephants find repugnant, such as climbing wattle and cassia, are also cleverly added at the boundary of the zones, as a natural perimeter to deter elephants from straying into local communities and damaging homes 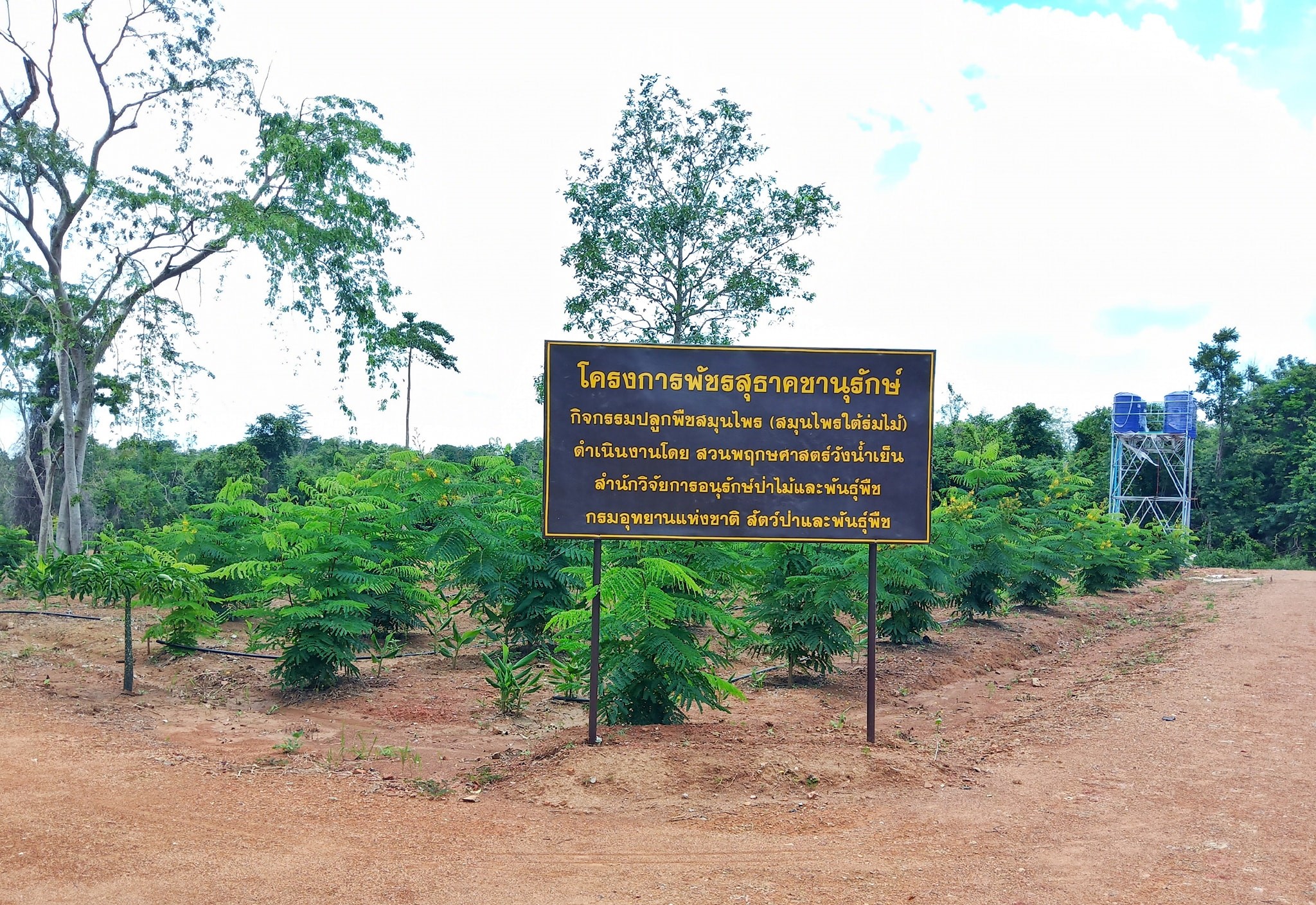 Comprehensive elephant surveillance systems equipped with artificial intelligence technology are set up within the buffer zones. These are called Gajanurak Operation Centres and can track and monitor elephant movements via automated cameras. When the surveillance system detects elephants, an alert signal will be sent via the LINE chat application to local villagers and the volunteer team, tasked with returning the wild elephants to their natural habitat. The first Gajanurak Operation Centre was set up in Khao Chamao National Park, Rayong Province, with personal funds from His Majesty the King. Since then, a similar centre has been established in Khao Ang Rue Nai Wildlife Sanctuary, Chachoengsao Province, to record and collect information from other automated surveillance systems set up in the five eastern provinces, and to create a database for future collaboration among related agencies.

3. Community Zones: the final zonal designation focuses on community development as well as raising awareness and creating understanding among local villagers on the behaviour of wild elephants. This is necessary as it helps encourage participation of local villagers to work with authorities in reducing the risk of confrontation with wild elephants. In addition, community zones support training for volunteers to learn how to properly rehabilitate wild elephants back to their habitat. Eight “Gajanurak Villages” or pilot villages have been set up towards this end, with an additional 43 villages within the network to expand the activities of the pilot villages to an even broader audience. The network currently includes 51 villages, or 17 per cent of the 299 villages affected by foraging wild elephants. Additionally, Their Majesties the King and Queen have made personal contributions to establish the Gajanurak Fund and to purchase elephant surveillance equipment, alarm systems, radio communications systems and torchlights for volunteers tasked with alerting the villagers of any possible elephant confrontations.

Such community development activities have deepened the understanding amongst the villagers on nature preservation and co-existence with wildlife. The villagers have also been empowered with skillsets to improve their livelihoods as well as management of village funds. In conjunction with strengthening the capacity of local communities, there have also been efforts to restore water sources for villagers in all the five eastern provinces, to store enough water for consumption and agriculture to maintain a sustainable livelihood. Through such efforts, the villagers are united in solidarity, sharing with one another their knowledge on a variety of alternative livelihoods, including moving away from single-cropping to multiple cropping. As a result, the local villagers have established 33 groups or associations to assist one another in earning income from different sources. These include medicinal herbs, basketry, and food processing in the Gajanurak Villages and network villages. Such local congregations serve as models for sustainable adaptation to living with natural surroundings and wildlife. The approach enhances local communities’ quality of life while offering them peace of mind and protection from wild animals through the use of alert and surveillance systems.

The implementation of the Bajrasudha Gajanurak Project thus far has made progress in all aspects as it seeks to solve the problems at their root causes in a sustainable manner, as advocated by His Majesty King Bhumibol Adulyadej The Great. Key to future success is the commitment from all stakeholders, particularly local ownership. Nevertheless, since the conflict between elephants and local communities has been a longstanding issue, and the wild elephants have grown accustomed to foraging on villagers’ farmland, it will naturally take time to change these elephants’ behaviour and assist their return to the forest.

Brewing an elixir that works is never easy. Hopefully, the current success of the Bajrasudha Gajanurak Project will inspire many more to quest for their own magic potion that will make a difference. 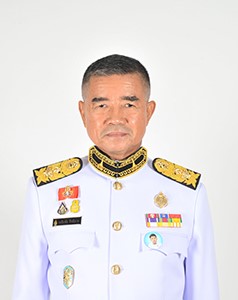