In today’s increasinglyglobalisedworld where news from every corner isreported at a click, we areofteninundated by a myriad of issues facing humanity. Attimes, the plethora of negative headlines may make one question whether our world isbecoming increasingly tumultuous, or are we simply better-informed given theadvancement of digital information technology. Nonetheless, the thought of the worldnever having made it ‘past its past’, with issues like gender-inequality, poverty andsexual abuse constantly reported, easily leaves one feeling disheartened and uninspired.

The rise of this digital information age, however, has helped bring long overdueattention to various issues such asthe#MeToo movement, which gained traction after atweet in 2017, exposing the gender-based violence and harassment women face aroundthe world.

But away from the eyes of the mainstream, there remain an enormity of issuesthat women face in the 21stcentury. Some issues are hopelessly perpetual, persistingbehind locked doors.

In 2021, the Penal Reform International reported a 17% increase in the numberof female inmates globally since 2010. In facilities historically designed for men,women in incarceration are forgotten and are exposed to a wide range of issues specificto women, including pregnancy, lack of gender-specific healthcare, violence, mentaland sexual abuse.A fact often unreported, is that many female inmates committed onlyminor offences and are often victims of abuse themselves. Conceivably, given the lackof human rights afforded to this group of women worldwide, the words of NelsonMandela may still ring true, that “it is said that no one truly knows a nation until one hasbeen inside its jails. A nation should not be judged by how it treats its highest citizens,but its lowest ones.”

Against the backdrop of despair and silent neglect, it isoften said that one canalways find hope and inspiration. On a summer day in July 2001, a female inmate at theCentral Women’s Correctional Institution in Bangkok told a young lady visitor of theconcerns of raising her child in prison. The hardships and vulnerability of the femaleinmate, and the lack of care and opportunities for the innocent child, left an impact onthe young visitor-Her Royal Highness Princess Bajrakitiyabha Mahidol of Thailand.

After receiving her Doctorate degree in Law (J.S.D) from Cornell Law School,and earning a wealth of experience in criminal justice and the rule of law from workingas a public prosecutorin Thailand, the princess launched the‘Kamlangjai Project’(Inspire Project) in Thailand from her personal funds in 2006.Based on the premise ofupholding human rights, the project created the first instances whereby female and pregnant inmates were accorded assistance and support on a range of gender-specificissues such as pregnancy, healthcare, and childcare to allow them to adequately nurturetheir infants.

Over the years, the program has been implemented in various correctionalfacilities in Thailand, and has embarked on a long-term approach in inspiring thousandsof female inmates in reintegrating into society, through a development-led approachbased upon the Sufficiency Economy Philosophy of His Majesty King BhumibolAdulyadej The Great.

The effects of the Kamlangjai Project was not just confined to Thailand. Havingadvocated for the rights of the vulnerable both asa public prosecutor and a diplomat, itwas recognised that change for women can only be realised if both the social and legalspheres evolve in tandem.

In 2008, the princess presented the Kamlangjai Project at the margins of the 17thSession of theCommission on Crime Prevention and Criminal Justice(CCPCJ)at theUnited Nations in Vienna, setting off a catalyst for Thailand’s multifaceted globalcampaign for the conception and adoption of the world’s first set of specific rules on thefair treatment of women offenders. Within the multilateral fora, she spearheaded the‘Enhancing the Lives of Female Inmates (ELFI)’ campaign, achieving an internationalconsensus to update norms set by the 1995 UN Standard Minimum Rules for theTreatment of Prisoners

Under her impetus, Thailand emerged as a leading player in the UN’s draftingprocess, pushing the multilateral drive for the rights of female inmates worldwide. In amere two years of rigorous political and legal lobbying, the UN Rules for the Treatmentof Women Prisoners and Non-custodial Measures for Women Offenders (BangkokRules) were adopted by the 65thUN General Assembly in 2010, marking a legalparadigm shift within the international community and embedding the first ever UNstandards on the treatment of female prisoners.

With the Bangkok Rules, no longer are women in incarceration the world’sforgotten population. With provisions ranging from prohibition of punishment by closeconfinement for breastfeeding mothers, support for mental healthcare, and protectionfor those reporting abuse, the Bangkok Rules established a set of actionable standardsfor all nations to adhere to. While work continues to be done worldwide, it isindisputable that such efforts have had a tangible outcome, inspiring and directlybenefitting the lives of countless women and children throughout the globe.

Inspired by the examples shown by the princess, the Thailand Institute of Justice(TIJ) continues to mainstream women’s rights and dignity vis-à-vis criminal justice andthe rule of law. With strength and compassion, one may find hope in her words, that“We must inculcate our children of today on gender issues so as to create the nextgeneration of men who respect women. But above all, we must inspire those with apainful past to have courage to live with hope.”

In revisiting Mandela’s quote, perhaps today, nations–or rather,the world–can be judged in a better light than yesterday. In this increasingly globalizedworld, where digital technology has overwhelmed us with negative headlines on a dailybasis, perhaps what the world needs is a little hope and more “Kamlangjai” orinspiration of the heart. 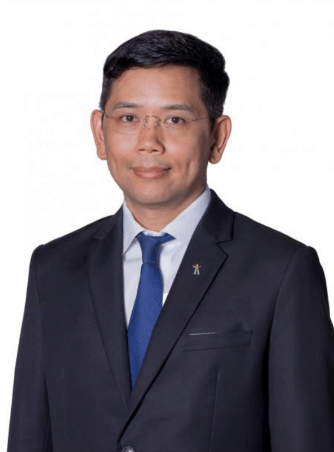